The basis of losing weight is “Don’t eat more than you use up.”  This is true, because if you are not consuming the energy you take from foods, the excess energy is accumulated on/in the body as fat.  Theoretically, if you want to lose weight, you just do the opposite.

The reality of losing weight is not solved by such a simple prescription of, “Don’t eat more than you use up.”  Many people who try to lose weight often don’t succeed and are in a constant search for better dieting methods.  That’s why you see new ones come along all the time.  Then, why don’t those dieting methods work as you would expect?  Is it all to do with a lack of discipline?

In common dieting methods, two important points are missing from a Kampo point of view.

Point 1:  As discussed in Your Intestines Need Training Too!, you would need to understand the relationship between the weakened intestines and being overweight in order to lose weight (and especially in the right way).

Point 2: You need to know your conformation, Jitsu Sho or Kyo Sho, as mentioned in Are you Jitsu Sho or Kyo Sho?…and does it matter?.  Someone famous succeeded in losing weight with one dieting method doesn’t necessarily mean that it will work for you too.  If that particular method isn’t suitable for your conformation, that diet could even damage your overall health.

Let’s take a look at some common dieting methods! 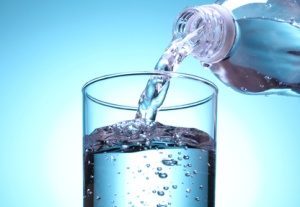 1) Fasting or a replacing dieting method – for Jitsu Sho
These methods are about limiting the energy intake by either not eating anything or replacing regular meals with low energy foods for a certain period of time.  e.g. Morning banana diet, Cabbage diet, Fasting, etc.

Because you move the body very actively, the intestines are also stimulated from the physical movements and their functions are promoted. 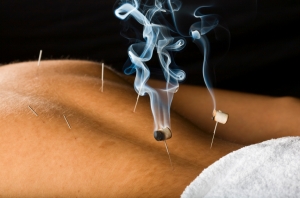 4) Balancing the body and internal organ methods – for Kyo Sho

All the dieting methods have their merits and demerits.

The above is only a few examples.  Whatever the dieting method may be, there will be its merits and demerits rather than one method is good for all and the other is bad.  If your conformation happens to match with the dieting method that you chose, it could work well for you.  It is not just a good idea to buy into someone’s success story and simply follow the dieting method named after that person.

A common message to both Jitsu and Kyo Shos is “Think of Your Intestines First.”

You probably got an idea by now that it is necessary to choose a dieting method suitable for your conformation, Jitsu Sho or Kyo Sho to make it work.  However, the most important thing to think of, which is shared by both Jitsu and Kyo Shos is the functioning of the intestines.

Focus on raising metabolism for Kyo Sho, and elimination & detoxification for Jitsu Sho

Because the important thing for Kyo Sho is to find the way to raise metabolism, you will give a priority to the quality not the quantity of foods.  Make sure to eat a good breakfast to prepare the functioning of the intestines for the day.  Eat three meals a day, and reduce the quantity of carbohydrates only at a supper time.

If you (Kyo Sho) reduces essential nutrients, for example by fasting, you could lose your physical strength rapidly and develop an illness.  Follow “The Diets That Train Your Intestines” for Kyo Sho (it will be introduced in details in a later blog.) to keep taking in a certain quantity of energy producing foods and to raise your metabolism.  Because it is particularly important to have good metabolism of water and hormones, suggested activities are breathing exercises and light exercises.  If Kyo Sho did a fasting type dieting and/or hard exercises, Kyo Sho would only lower its metabolism as hard exercises don’t help raise the metabolism.  Kyo Sho will find the fasting type method and tough exercises too hard to carry on.

You will have to eat a certain quantity to satisfy your big appetite.  Therefore, you should eat a large amount of dietary fibre rich foods that will give you a volume, and they will promote elimination and detoxification.   Eat three meals a day but eliminate carbohydrates completely at a supper time.

If you are Jitsu Sho and want to lose weight fast, you will be able to achieve it with a hard way by doing a good amount of aerobic exercises and reducing the quantity of meals.  The question is how to prevent a rebound from occurring.  Once you reach the targeted weight by doing the hard way like the above, switch to “The Diets That Train Your Intestines” for Jitsu Sho.  (it will be introduced in details in later blog.)

Tackle this modern illness, overweight, in a Kampo way!

In recent years, a number of Jitsu Sho with intestinal Kyo Sho has been on the rise.   At the same time, a number of Kyo Sho, who has eaten loads of sugary foods and become overweight, is increasing as well.  It is called a modern illness because ‘cold foods & drinks’ and ‘sugars’, which weren’t readily available a long time ago, are the causes of such ‘modern’ overweight.

“The Diets That Train Your Intestines” (it will be introduced in details in later blog.) are based on an application of Kampo theories and thinking.  A Kampo way may be a ticket to a successful dieting and good health.

Remember that a weight gain isn’t always proportionate to the calories taken.  From a Kampo perspective, it is wrong to think that what you eat is all digested and absorbed.  The Kampo way recognises that the ability to digest foods and absorb the nutrients from them is different for each individual.

About Dr. Munetetsu Tei:
Dr. Munetetsu Tei M.D. is the University President and Professor at Nihon Pharmaceutical University, and the owner and head doctor of Hyakusai Clinic in Tokyo.  He specialises in treating patients living with cancer and other complex diseases using a combination of modern medicine and Kampo medicine.

This site uses Akismet to reduce spam. Learn how your comment data is processed.